As soon as I handed him my phone (Nokia 710), my friend declared it as a crappy phone.

Instead of replying, I just smile and took my phone back from him. I said to him that I love this phone since it is capable of doing what I want to get done like making calls, sending/receiving texts, taking pictures of my blog, taking notes, staying in-touch with the world and so much more.

With just 512MB RAM and 8GB storage space (no memory card option), my phone is not as deluxe as my friend’s Samsung Galaxy S4. Yes, I can’t install all the apps in it because my phone has limits and I know them well.

But his comment was harsh and I should’ve replied to him. But I didn’t.

Because I know my dear friend’s psychology. We have been friends since 1998 and I know him well. What triggers him up, what makes him nervous and things like that. So because of this “knowledge” of him, I knew what he said about my phone was just a spontaneous comment. He didn’t meant to hurt me or my feelings.

But that’s just me who know another person’s psychology. I see such people everyday who never pause for a moment before letting the words out of their mouth. They don’t like me mostly. I have seen this happened in person so many times.

Saying something to someone without thinking is just like shooting an arrow with your eyes covered. That arrow will go in any direction and will definitely hurt others. Think before you speak is an old proverb which is fading fastly in this era. People say things to each other without realizing what they are saying and this is hurting relationships of all kind very badly. 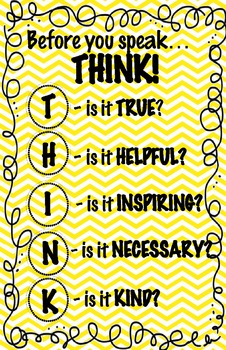 My point here is take a moment’s pause before saying anything to anyone. And please, never let your tongue drive you without using your brain. This is the worst thing you can do to only only others but to yourself.

For further reading on this topic, please check these pages:

6 Reasons Why You Should Think Before You Speak

How to Think Before Speaking

Think Before You Speak

Into the Light Adventures