Finally, this past weekend, Uzair paddled up Abdullah’s bicycle on his own for the very first time. For months, he was the passenger as Abdullah drove his bicycle around. Uzair however tried his hands on cycling himself by sitting on the back and rolling the two training wheels by his feet, instead of sitting on the driving seat and paddling himself. 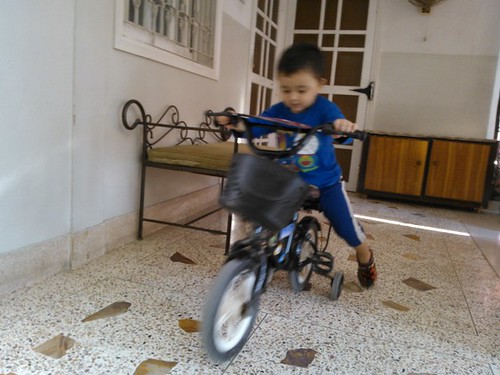 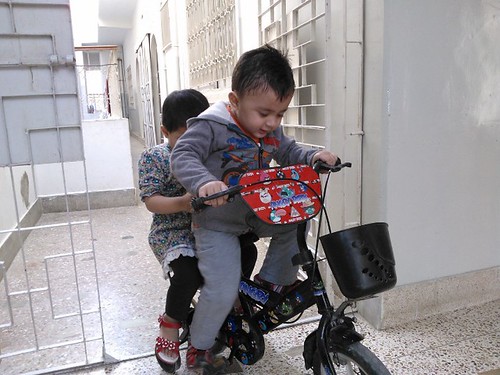 The moment that bicycle moved forward was a pure moment of excitement for me. My son has finally learned to drive a bicycle on his own. Though he is still not paddling fully as he pushing his way forward via half paddling. But he is steering, making turns, avoiding collisions and even driving Abdullah around, all by himself now. This is a big achievement I say which makes me very proud of Uzair. 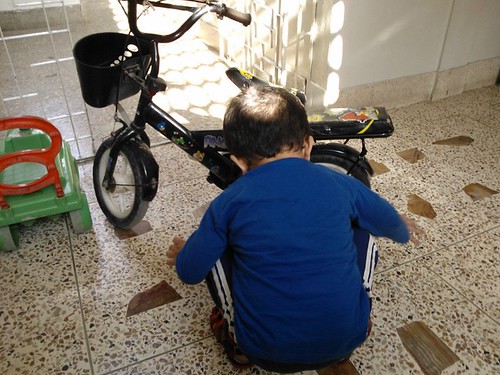 Seeing Uzair riding bicycle, I remember how I learned it. My Uncle gave me couple of lessons on his bicycle back in the late 1980’s. After I turned into a skilled rider, which I considered myself very proudly during my teenage years, I drove around the neighborhood like I was driving a spaceship. That’s a charm we all enjoyed when we drove our first bicycle. I even broke my left arm once, got couple of bruises on hands and feet, fell off countless times and much more. But I enjoyed every time I cycled as it’s just simple pure fun and I really miss it very much.

But seeing Uzair paddling, though half, fills me up with joy. That very special joy which I felt every time I rode my bicycle when I was a kid.

3 thoughts on “Half Paddling”