My very first post that received a double figures of likes was Eyes Softly Shut.

I wrote it up after watching a panaflex board of a beauty salon featuring a girl with her eyes closed. Her closed eyes reminded me of an old Pakistani song about speaking eyes.

Then one day, I translated the lyrics of that song in English and took a photo of the board also. And so Eyes Softly Shut was created and published. I received many likes and views on it, which was great. Then I took another photo of that same board during night but didn’t shared it.

After finding out that this week’s Daily Post’s weekly photo challenge is about Life Intimates Art, I decided to share this night version of that very same girl with her eyes closed. 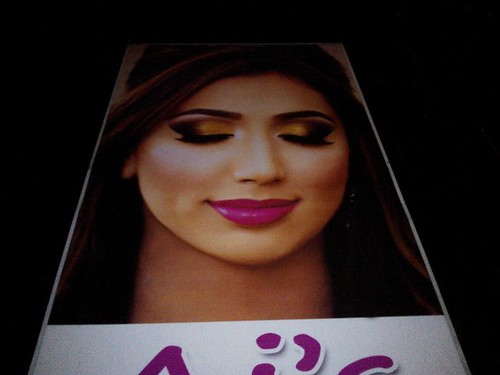 You can check the daylight version of the same panaflex board by clicking here, where you can also read the translation of that old song.