A night hard to forget!

Because on that night, I made a decision which turned out to be a foolish one.

And what you are about to read mainly focuses on what happened on that night, instead of what the photo for this week’s Tuesday Photo Challenge is about.

This photo below turned out to be the very last snap I took with my Sony DSC-W290 point-and-shoot camera! 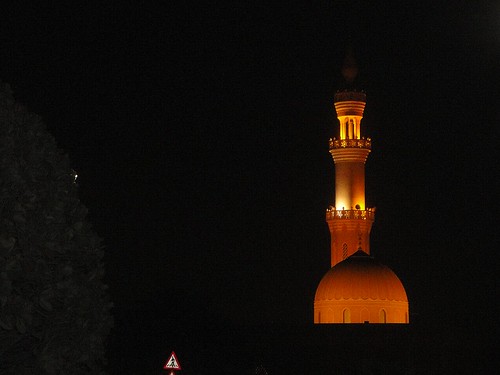 That night was of January 8th 2017 and the place was some corniche area near Dubai. While checking out the peacefulness of night’s view in that area with my Uncle’s family, Uzair asked me to let him hold my dear camera for a while.

He asked me the same many times before but I said no to him because he was young back then and letting him hold my camera didn’t seemed okay to me, despite the fact that I love him so very much.

But on that night, after I took this snap, he asked me again. Thought popped in my head that this time I should let him have it, so I turned it off and handed it over to him. Instead of holding it firmly with attached strap, Uzair held the camera in his hand and walked ahead.

Few seconds later, he fumbled a little and my dear camera fell on the ground.

I rushed towards him and asked him whether he is okay. He was fine as he didn’t fell on the ground but my camera did. I picked the camera and pressed the power button but lens cover didn’t opened up, giving the indication that something went wrong with it.

Returning back home days later, I placed that camera in my armoire, where it is still waiting to see day’s light.

From that night onward, I then switched towards smartphone photography, as I bought a new smartphone later.

One thought on “Tuesday Photo Challenge – A Night’s Tale”