The glitzing blockbusters of the past!

Once upon a time, the quantity of small sized cinemas in Karachi was very high. They used to show new locally made films, along with B-grade western flicks, which was attractive enough for those looking for some pastime during an afternoon. 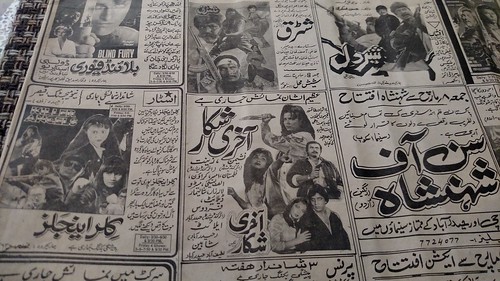 Local flicks usually revolved around good guy vs bad guy.  The good guy wining in the end and getting the girl of his dream. Added up some songs and dance routines to accompany the story, these flicks were quite popular among those who can afford a less than a $ ticket on afternoon. 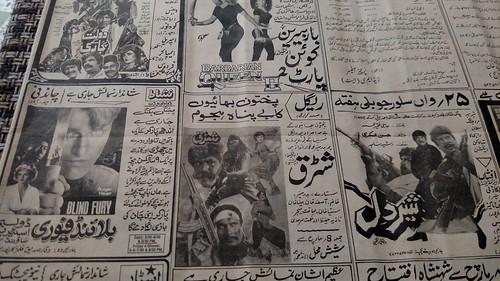 Along with local flicks, B-grade movies from the West were also quite popular. Kung fu movies from Hong Kong were quite popular because of all the wild action sequences and crazy stunts, some of which were even copied by local film makers here but that didn’t pleased the viewers much. 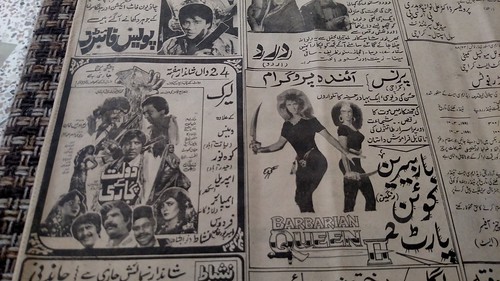 Back in the 80’s and 90’s, local newspapers used to dedicate one whole page for such flicks in the city. All above snaps here are taken from an old newspaper from 1991 I found in my storage room back in 2017.

Upon seeing that after such a long time, I realized that I’m also becoming ancient.