It happened one night, long time ago!

Well, actually it happened one night in December 2015, when couple of green colored LED lights in the middle of road caught my attention. 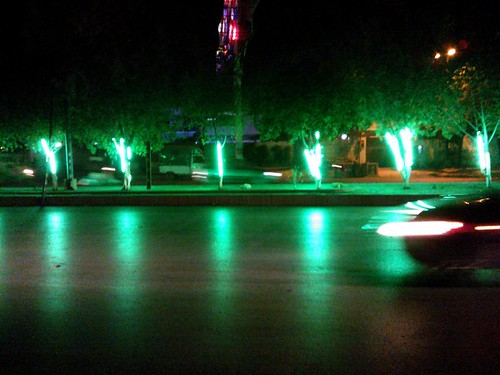 I was walking on the pedestrian lane and these lights looked very attractive to me.  Their reflection on the road was also wonderful, so I grabbed my Nokia 710 smartphone, which I had back then, and took few snaps. 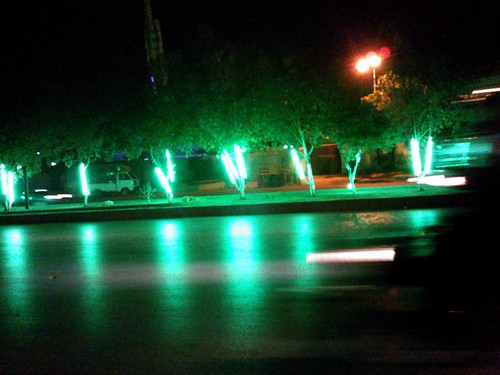 Next day, as I recall, I transferred those snaps on my laptop and noticed the fuzziness feature in them. The moving cars on the road appeared so strange to me in these snaps and I thought they had ruined my perfect shot.

But later, I realized that they are adding up a unique touch to those LED lights in the background. Especially, the second snap, in which you can see a trail of car’s headlight.