Upon having some free time at home last weekend, I decided to grab some random snaps of random objects in my home.

The very first object I captured up was a bird water bowl on the rooftop. A tap is installed just above it, so that it can be filled up with water whenever it is empty.

I turned on the tap slow enough for water to drop on the bowl below.

And then, I captured the snaps of those drops using burst mode of my smartphone camera. 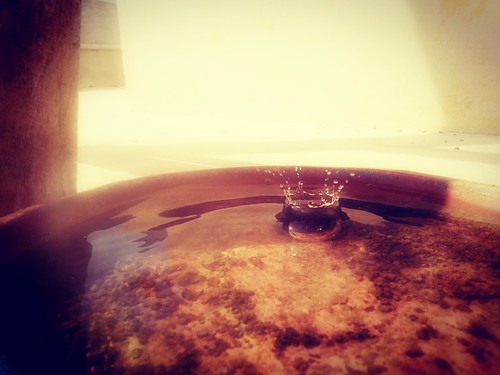 The bursting effect did wonders for me as I captured this and several other similarly amazing snaps.

This tiny splash on the bowl certainly happened within a second or so, which was captured perfectly by the burst effect. I later edited the snap using some pre-installed filter in my smartphone’s camera app and it turned out really nice.