He was definitely The Great Leader!

While standing right in front of the giant carriage, on which the casket of Muhammad Ali Jinnah, the founding father of Pakistan, was ridden away towards his final resting place in Karachi, I was unable to shake many thoughts that flooded my mind during that moment. 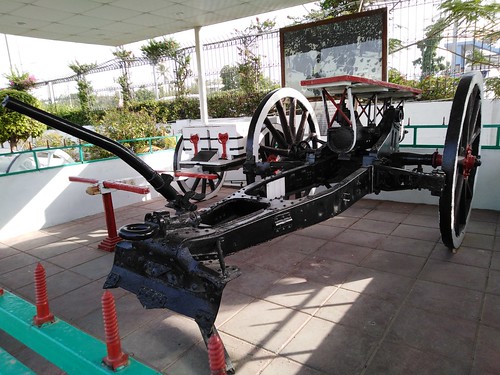 Like all the accomplishments achieved by Muhammad Ali Jinnah, are certainly more remarkable than his own life itself.

He was certainly gifted with the most intellectual qualities among his peers and the way he achieved what he aimed for, not for his own self but for the very people he fought for, are the guiding principles for anyone who wishes to understand what makes an ordinary person a great leader.

Fighting for the rights of his people on multiple fronts, from early 1930’s till all the way he took his last breath on September 11th 1948, the accomplishments of Muhammad Ali Jinnah resulted in the way he want them to be just because he stood by his principals from day one till his last breath.

Such qualities are hard to find in today’s world!

The picture you see above is the carriage that carried away his casket to his final resting place on September 12, 1948. On both sides of the route, the entire population of then Karachi stood up, to pay their respect to the man who was solemnly responsible for giving them Pakistan.

And as I looked over that carriage, after more than 70 years, I was unable to shake this thought from my mind that Muhammad Ali Jinnah was definitely chosen by ALLAH, to serve the very purpose of making Pakistan a reality and to seal his name in the history books as The Great Leader.

Or as we like to refer him as Quaid-e-Azam!

Few individuals significantly alter the course of history. Fewer still modify the map of the world. Hardly anyone can be credited with creating a nation-state. Muhammad Ali Jinnah did all three.

Added for Word Of The Day Challenge’s Historical

5 thoughts on “The Last Ride For A Nation’s Father”

We’re here to share our passion for waste reduction, plastic reduction, and our journey toward living a greener, more sustainable life.

Making the most of every new day!

A place to share the things that I write

One Day at a Time