They were small, not so long ago!

These are feet of my nephew, Muhammad Salah, who turned one year old this past January.

I captured this photo when he was about 2 months, mostly laying on his bed and not even trying to kick his feet. 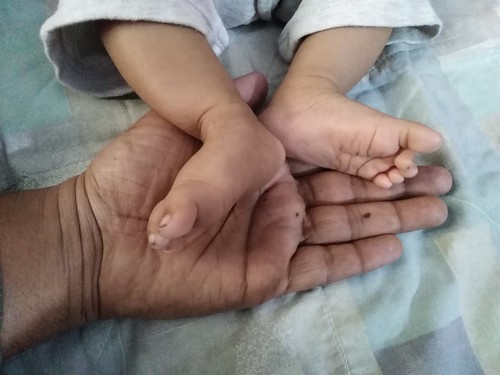 And then one day, he stood up on these very feet of his, a bit bigger as compared to this photo but still small in my hand.

These days, he is walking around the home and trying to run as well.

Kids, they do grow up so fast 🙂

3 thoughts on “One Word Sunday – Small In Big”